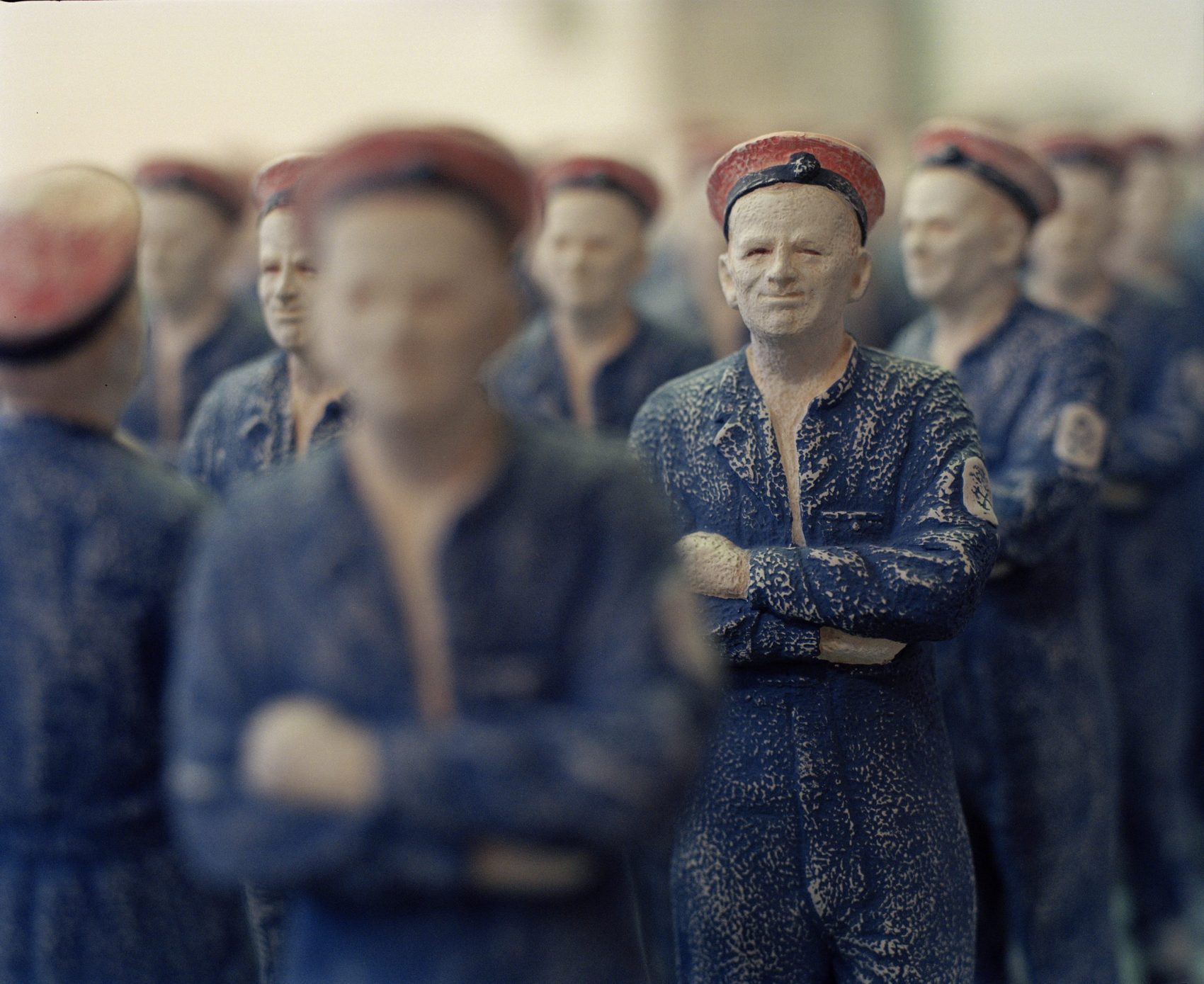 From the very beginning, Massimo Osti’s idea on the creation of a brand started with the desire to create a product with a strong identity, completely different from anything else available on the market. Once convinced of the strength of his idea, he analysed and personally chose the new name, designing also the logo. After some issues related to the brand’s name, he shortened the former name, Chester Perry, into C.P.Company, but kept the same logo – a life buoy.

Later on a British sailor with arms crossed, becomes the new brand’s leading figure: smiling, dependable and informal. The inspiration came from one of the books about military uniforms, which Massimo Osti collected for his studio’s library. Since 1975 until nowadays, the Sailor has always been the main brand logo and represents the link between tradition and innovation.

On the occasion of the 50th Anniversary, C.P. Company has created an exclusive porcelain sailor statue. Handmade in Italy by a Tuscan artist, in only 150 pieces, the sailor represents memorabilia of its great story and pays homage to Italian artisanal tradition.

The British Mariner will be available, from the 14th, on 50.cpcompany.com and in all C.P.Company flagship stores in Milan, Amsterdam, London, Seoul and Tokyo.