“The AALTO Part Of IYO cuisine is boundless, free from any definition or attempt to be labelled. Free to be Italian, Japanese, both or neither. Not tracing borders expresses the possibility to crossing them.” (Claudio Liu) The freedom of AALTO Part Of IYO comes from the origins of its protagonists: the patron Claudio Liu was born in China and grew up in Italy; chef Takeshi Iwai is Japanese and has lived and worked in our country for 13 years. Both interpret their craft without prejudice: of style, geography, concept. Both pursue an open, authentic, contemporary cuisine. Inaugurated in November 2019, AALTO Part Of IYO is located on the first floor of the Solaria Tower in the Porta Nuova district, the symbol of an increasingly cosmopolitan, open and future-oriented city. Conditions that allow weaving a perfect coherence between context and content. As of today, the former IYO Aalto evolves and becomes two: the AALTO Part Of IYO gastronomic restaurant and the IYO Omakase Edomae Sushi Counter. A rebranding operation with which the owner, Claudio Liu – already at the helm of IYO Experience, the only Michelin-starred Japanese restaurant in Italy – intends to redesign the soul of the venue located in Piazza Alvar Aalto. The AALTO Part Of IYO logo is also new, a crossroads of segments, a crossroads of possible directions that in the end give origin to a circle without a circumference, therefore with no borders or frontiers. Eight segments overlapping different cultures, favouring encounters between distant worlds. A logo that expresses a multitude of tastes and cultures. The perennial cycle of life, the sum of many paths, experience of experiences. The richness of cooking. 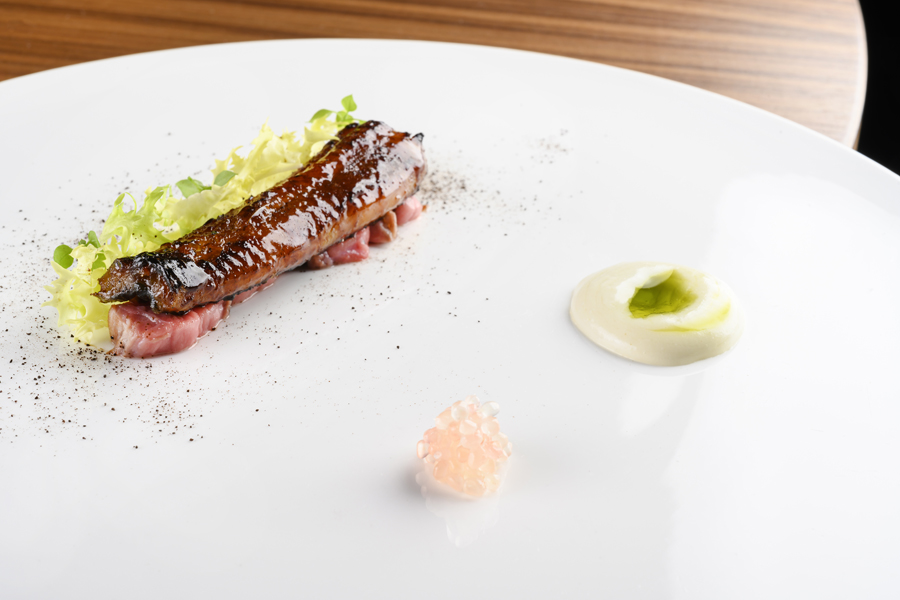 “We will be making a boundless cuisine” – says Iwai – chef of AALTO Part Of IYO,” capable of playing between different cultures: Japan, Italy and the world”. First comes the material, that must be of excellent quality. Then comes the idea on the execution aiming at new dishes, expressions of harmonious combinations of aromas and flavours. An exercise balancing between technique, precision, and research, with taste as the overwhelming foundation of each dish. “With AALTO Part Of IYO,” adds the owner Claudio Liu, “we wish to express a boundless cuisine, free from any definition or attempt to be labelled. Free to be Italian, Japanese, both or neither. Not tracing borders expresses the possibility to crossing them.”